Changes Undermining the Affordable Care Act Under the Trump Administration

Since the Republicans took control of the federal legislative agenda in 2016, they have been hell bent on getting rid of the Patient Protection and Affordable Care Act (ACA), known as Obamacare. This 2010 landmark legislation, still covers nearly 12 million enrollees and their families through private insurance plans and was REVENUE NEUTRAL through 2016. Annual open enrollment for Obamacare runs until December 15th and is accessible through government run insurance exchanges.
Briefly here are the changes the Trump Administration has made to the Affordable Care Act:
Affordable Care Act Affects Most Insurance Plans
The Affordable Care Act impacts nearly all medical insurance plans in the United States through a variety of provisions about nondiscrimination based on health, linking healthcare quality to reimbursements, and standardization of coverage. This table shows where people obtain their insurance in the United States. 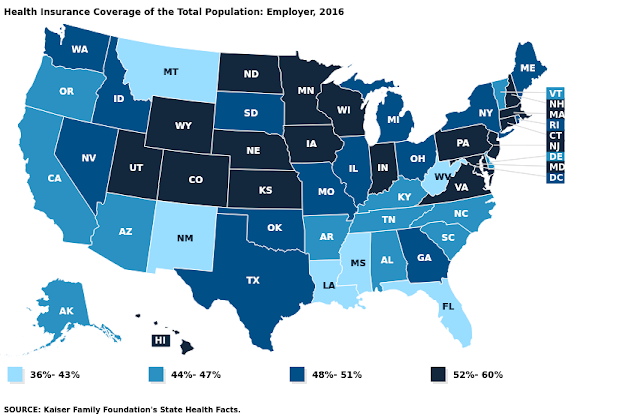 Though the Trump Administration has cut funding for the promotion and support of the ACA in 2018 there were nearly as many participants as in previous years. People like the access to an array of insurance plans which are subsidized by government tax credits and enrollment has remained steady over the years. Further, many of those covered under the ACA lacked access to healthcare before 2010, because they work for employers who do not provide health insurance, are self-employed, disabled, or have a pre-existing condition.
Next Up on the Trump ACA Attack
The Affordable Care Act mandates that insurance companies may not discriminate or deny coverage to persons with pre-existing conditions. The Trump Administration wants to reduce this protection by allowing insurance companies to circumvent the ACA requirement by offering contracts not subject to the ACA protections. These types of contracts already exist and take the form of travel insurance policies or special risk contracts. Student insurance is another example, but since the ACA allows youth to remain on their parents medical plan until age 26, those have declined in popularity. Also, many students are enrolled on Medicaid plans while they complete their education. Foreign students must obtain private medical insurance, which is offered through their universities. Make no mistake about it, offering more restrictive but cheaper insurance contracts hearkens back to the old insurance offerings including; life time limits on benefits, exclusions for certain conditions, conditional insurability, and other fine print.
The Trump Administration also sought to eliminate the risk sharing funding that insurance companies received, as a part of the ACA, to offset higher costs from accepting all people, regardless of health, and not being able to charge more for risk in the insurance exchanges. However, for the moment this effort has been defeated due to lack of Congressional support, which will erode further when the Democrats take back the House of Representatives in January.
And this is the healthpolicymaven wishing you a content Thanksgiving and encouraging you not to sign blanket release forms for medical procedures, do stipulate that for which you consent and that for which you decline. Also, be careful about the information you share with insurance companies, which will be used to figure out what to charge and how to market to consumers, not necessarily to improve your health.
Roberta Winter is a freelance writer and health policy analyst and all opinions expressed here are her own, not subject to corporate funding or dictates. She is the author of a guidebook to the U.S. healthcare system, https://www.amazon.com/Unraveling-U-S-Health-Care-Personal/dp/1442222972

Posted by healthpolicymaven at 1:04 PM 5 comments:

healthpolicymaven
The health policy maven is a graduate of the University of Washington School of Public Health and Community Medicine, with a Master of Health Administration. She is also a graduate of the University of Washington Evans School of Public Affairs, with a Master of Public Administration. She has spent the past sixteen years studying United States health policy and its clinical and financial outcomes. In addition to her experience analyzing health care systems, she has also worked for a large hospital network as a performance improvement consultant.Prior to her work in health policy and advocacy she represented private employers in the design and implementation of health and welfare plans.